Twingate working - but not when VPN connects for remote users

We have TwinGate installed successfully and colleagues able to access remote resources. It’s fantastic to be able to easily lock connections to specific ports.

I’m still unclear however, about:

The VPN connection seems to push all traffic down its tunnel and TwinGate rules are ignored… How can this be avoided?

Is one solution to add a static route on each local device to always push a request for an organisational resource through the Twingate gateway with something like:
sudo route -n add -net resource1.com 172.16.x.y

I have (for the time being - until it runs into a problem) solved this for our scenario.

Trick to get this to work:

This seems to result in the Twingate tunnels remaining sticky rather than being swallowed up by the VPN client, whilst everything else gets pushed through the VPN.

I’m currently running the below script on start up via a short cut on MacOS.

Here’s how the shortcuts are set up: 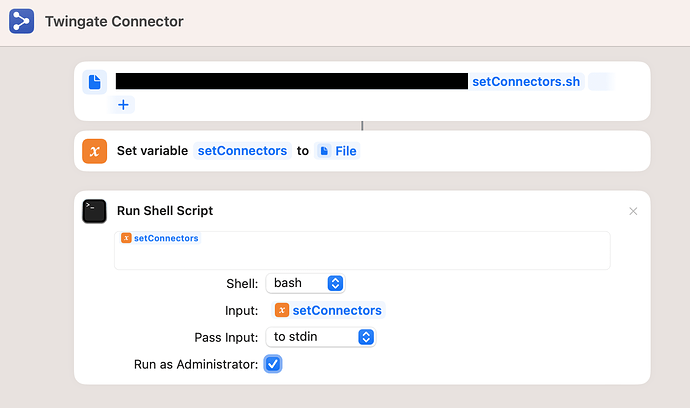 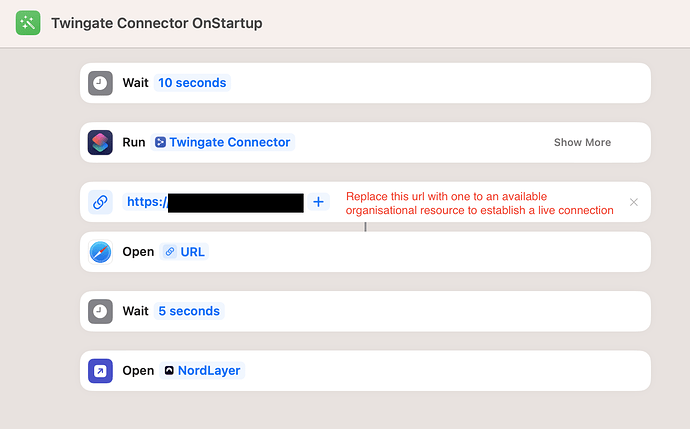 Hope this is useful.